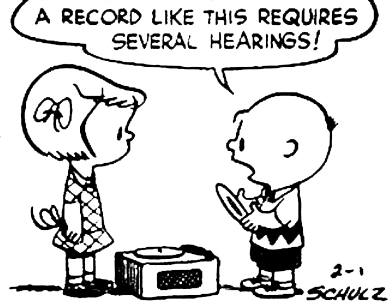 Another year is coming to a close, and while it is exciting to look forward to the New Year, it is also nice to look back.  2014 brought a lot of surprises and accomplishments.  I photographed twice as many bands than 2013, finished my MBA, photographed Pennhurst, and also photographed Tom Petty.  Still can’t believe that happened.  I also challenged myself and did promotional shots for a new band.  I still have a lot to learn in that area for sure.  2015 looks promising, nothing is set in stone, but I have some goals I think are very much possible.  However, before we jump into 2015, I want to look back at all the music that was released in 2014 and helped me move through the months.  A lot of good music came out and I hope 2015 brings some even better releases.  Here we go!

A release I wasn’t expecting to see.  Funded by fans on Pledge Music, Rx Bandits released their 7th album by means of themselves on MDB Records.  Even though Rx Bandits weren’t broken up, I wasn’t expecting a new album for years.  This has to be Rx Bandits’ most progressive album to date.  The guitar work is especially exceptional, along with the keyboard work.  Don’t get me started on the drumming, because they sound better than any recording they’ve done.  I wish a lot more people could see how great Rx Bandits are.  Musically, this band should be praised for their technique, but we can only hope Rx Bandits that will happen.  Hope we see additional releases from them. 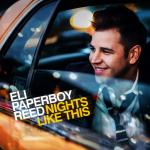 Eli Paperboy Reed is an artist that should be huge.  This name should be known by all, and I thought this album would do the job.  Taking the more “pop” approach and less soul sound, Eli Paperboy Reed made probably the best pop album of 2014.  If you are looking for that signature Eli sound on this album, it is there, but not as prominent.  I will admit it took me a while to let this album sink in, but once I took it for a pop album I enjoyed it a lot more.  Listen carefully to movie trailers and commercials and you will hear some songs.  Think the direction Fun. took for their latest album, but much better.

Listen to:  Shock To The System

Jonathan Jones is at it again.  Releasing another album, we might start to see one every year, this album sounds more like his solo work.  Described as a moody/wintery album, Jonathan created an album that may be something you listen to when it is raining outside, but it doesn’t mean you will be sad.  Again, this album was funded by fans and it shows that even though Jonathan is doing this all on his own, he has a loyal fan base.  I am always excited to hear what he has in store and I am never disappointed.  Just wish this guy could get his name in the mainstream, he is a machine.

Listen to:  How Long

Ace Enders quietly released an album this year.  Another artist that is a machine.  Ace has made song writing his job.  If I am correct, this album was actually put together by 3 to 4 minute sessions where Ace just recorded whatever came to him, lyrics and music.  That is pretty impressive, but don’t think these songs are groundbreaking.  I hear a Weezer sound and lyrics in this album.   Some songs show it, like “I’m The Man (Sarcasm)” and “I Love My Wife”.  However, they have this charm about them and are extremely catchy.  Usually I praise Ace’s work because he is one of my favorite artists, but this album came out towards the end of the year and I haven’t spent enough time with it.  Ask me about it in 2015 and I will probably talk for an hour about how perfect it is.

Usually when Foo Fighters release an album, I listen to it and think it is as good as any Foo Fighters’ album.  This isn’t a bad thing by any means, just means I know I won’t be disappointed.  However, this album shows something different.  Maybe it is because I’ve been watching Sonic Highways the show, which accompanies the album, that this album makes more sense.  The songs actually paint a picture of the music scene in a certain city.  Eight songs, eight cities.  I wouldn’t say these songs are personal songs, but Dave Grohl definitely uses his creative side to make a concept album of sort.  The point of this album is show that we are all connected by some means across this nation, and that is through music.

Listen to:  I Am A River 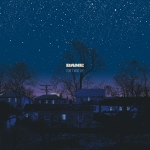 What has become Bane’s last album, this album is a great way to end their career.  Bane’s discography has gotten better and better with each release.  Also the sound quality on this album makes the drums and guitars shine.  This might be the most personal album for Bane also, if you buy a physical copy you will see what I mean.  Aaron, lead singer, explains the meaning of one of the songs.  Overall this might be Bane’s most powerful album to date.  It shows dark moments, but also shows light at the end of the tunnel on some.  It is also great to hear Pat Flynn of Have Heart sing on this album.

Against Me! was one of the first bands I photographed in 2014.  After that show I came to appreciate this band more.  I’ve seen them live once before, but I was young and stupid.  I didn’t realize until later how picky I was with music.  Against Me! has now become one of my favorite bands to listen to.  This was the first album I bought of them and I’ve since gone into their back catalogue, but this album is their best work.  An album I can’t personally relate to, but has so much pain and emotion behind it.  That is what makes me gravitates to it.  Hearing Laura Jane Grace bleeding out her life is a powerful thing.  2014 seemed like a good year for Against Me! and I am happy that Laura Jane Grace is now more comfortable in her skin.

Listen to:  Black Me Out 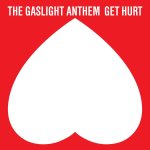 The Gaslight Anthem released an album they called “the weird album”.  I wouldn’t say it is weird, but it is definitely a different direction which isn’t a bad thing.  The use of keyboards on this album make this album in my opinion.  This album definitely shows that Brian Fallon went through a divorce through the lyrics.  It is hard to rank this album compared to their other works because it is different.  Unlike others, the first time I heard this album I was hooked.  I knew where they were going with the album, but I wish it was the album that gets them recognized.  Maybe the next album will do the trick.  I will always be rooting for them to become the next big rock band.

Listen to:  Underneath The Ground

Now a band that needs to be bigger than they are is Driver Friendly.  Since finding this band, I’ve been a huge fan of everything they’ve done.  Bury A Dream was a perfect album and when I heard about this album I pre-ordered it right away.  Not as dark as Bury A Dream, but more poppy and uplifting.  However, songs like “Twenty Centuries Of Sleep” could easily fit on Bury A Dream.  The horns in this band are what draw me in.  They aren’t a ska band, but the horns make them very unique.  It complements the music too well.  I just wish they could get a break and open for like Foo Fighters.  Jeez that would be huge.

Listen to:  Deconstruct You

The second album from Blacklist Royals, and by far their best.  Before this album was released I already heard some of the songs, and was extremely excited.  The story behind this album is also incredible.  Twin brothers Nat and Rob Rufus wrote about what they both knew, Rob’s battle with cancer.  This album is packed with so much emotion.  An example is song “Die Young With Me”, during the bridge you can hear Nat’s emotions come through on the recording.  Producer Ted Hutt really brought it out of these guys and I am glad.  I am still not sure why I connect so much with this album.  Maybe it is because Blacklist Royals got me back into punk music and I feel indebted to them, maybe it is because this album wasn’t just another punk record and blew their first album out of the water, or maybe it is that one song “Missing Something” where the chorus sounds like something I could’ve wrote and I feel on some days.  Whatever it is, this album has become one of those albums I will never forget.  Now if only they can tour again so I can photograph them again.

Listen to:  Missing Something

“Sometimes I feel there’s a lonely road stretching black miles through my soul,
With no destination but somewhere else,
And no chance to change,
Or heal myself.”