Living in the Northeast, music fans are spoiled.  We get a lot of special treatments that the West Coast, Midwest, and South don’t get.  We also have a lot of great record stores that regardless of the times, may be down, but never go out.  One store in particular is Vintage Vinyl in Fords, New Jersey.  For 37 years Vintage Vinyl has been serving central Jersey with a great selection of music and in store performances.  I am regular shopper here, so I may be biased, but I have never seen an in-store performance.  When Brian Fallon announced his solo album, it was almost guaranteed that he would make a stop in his local record store before his New Jersey show.  Not to mention this wouldn’t be his first time here, or second, or third.

The performance started at 12:30 in the afternoon and due to the show at night, Brian was only able to perform three songs.  They included “A Wonderful Life”, “Nobody Wins”, and “Steve McQueen”.  Before he played a song Brian gave a little background on the meaning of the song.  Some more true than others, which makes me wonder if Brian does stand up comedy on the side when not on tour.  If you missed the performance, courtesy of Vintage Vinyl is a video of the performance.  Each in-store is recorded and shared on their website. You can watch below.

After his three song performance, Brian made sure to greet the approximately 200 fans that showed up.  During this whole time it was great to see how much he cared about his fans.  I watched each fan come through excited, nervous, and overjoyed to meet their idol.  Brian sat there and, just like his performance, smiled the whole time and talked to each fan like they were a good friend to him.  He didn’t just sign whatever and moved them along, he asked how they are and listened to what they had to say.  Then he asked them questions.  Even customers that didn’t know who he was, he made fans out of them because he just came off sincere and polite.  I even watch a customer buy one of his c.d.’s, not knowing who he was, only because he seemed genuine.  After the last fan left, Brian didn’t seemed relieved, he seemed excited about meeting his fans and it showed at the Starland Ballroom performance later that night.  Brian Fallon may not be selling millions of records or making millions of dollars, but he is making people feel accepted and know they are not alone in how they feel through his music. To me that is a rich person and I hope the record label realizes that they are sitting on a gold mine. 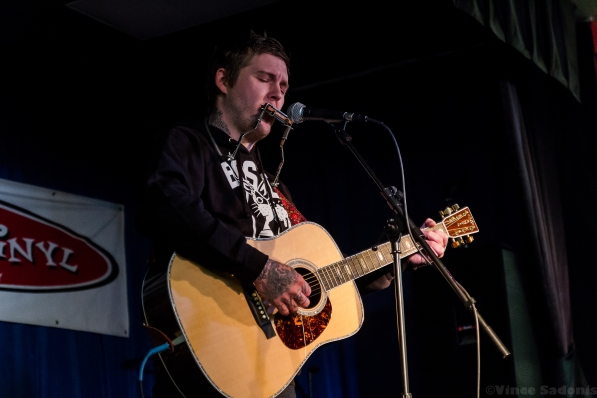 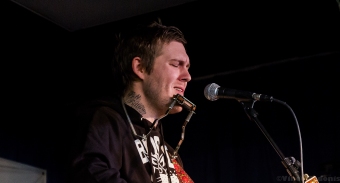 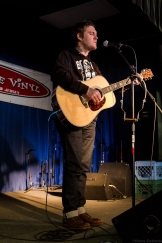