One can get lost in the sea of music at Musikfest.  Everywhere you turn there is a band, musician, or artist sharing their talent for free to a passing festival goer.  With so many different types of music being played it is possible you may miss out on something you amazing or next favorite band.  Through all the talent, there was one band from New York that could’ve easily played the main stage at Musikfest.  Lucky Chops.  You may not know who they are now, but you will in time.  This brass band literally came up from the subways of New York to now selling out venues across the world.  Not bad for a band that doesn’t feature a singer.  Lucky Chops is an all instrumental band, but don’t let that turn you away, because the music alone will have you moving and jumping around.

When Lucky Chops took the stage, the crowd was a little hesitant if they should get up at first.  However, by the third song, the crowd couldn’t hold it in and everyone was out of their seats and rushing the stage.  Every age group was moving around, it didn’t matter.  The guys in Lucky Chops were just as energize as the crowd and they didn’t show any sign of stopping.  As sweat poured down their faces in the humid summer night, the horn section took a little break as their drummer played about a seven minute drum solo.  As soon as he finished Lucky Chops were back at again.  Playing over an hour of originals and covers from the likes of Adele, Ariana Grande, and Ben E. King, it is surprising that no one fainted from not only the heat, but the amazing sound that is Lucky Chops.  Lucky Chops are currently on tour and it highly suggested you catch them in a town near you.  Like I said, you don’t know Lucky Chops now, but you will. 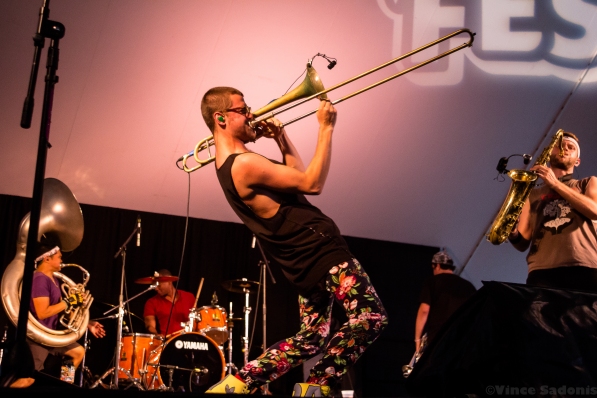 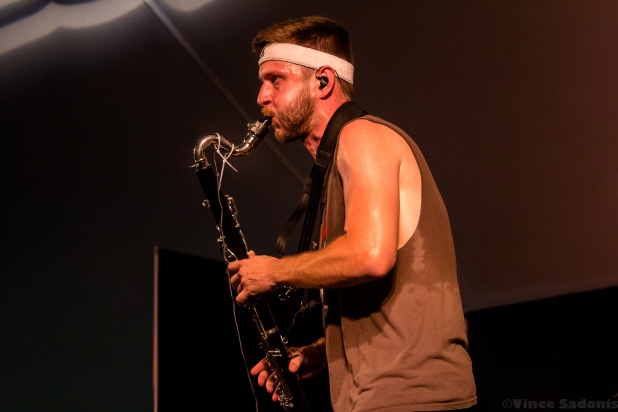