As the year ends I always like to post my top 10 albums of the year.  Usually it is all vinyl because I still don’t use Spotify, Apple Music, etc. to showcase my top listens.  My music listening habits come from vinyl and the digital downloads, I know ancient.  I still don’t know what is best for bands, money flow wise, but what I do know is I still buy the music and merch in hopes it goes directly to them.  2020 though has been a year, where some of my favorite albums of the year had massive vinyl production delays, hence why there is just an album art picture.  Also this year, I probably bought more music than ever as bands pressed and released more music in the pandemic.  A good thing for them, bad for my wallet, but if it wasn’t media it would’ve been to concerts.  Which I only shot 2 this year!  I tried to keep this list to only new original music and not reimagines, live, or compilations, as I said bands were busy putting out a lot of music.  Also a lot of music came out at the end of the year and I just haven’t had enough time to digest it to put in the top 10.  It’s been a strange year and hopefully next year we start to see some light or maybe a concert or two.  However, I know of three albums coming next year and so far 2021 has some good music coming!

10. Sharon Jones & The Dap Kings – Just Dropped In (To See What Condition My Rendition Was In)

I usually try and not include reimagined, compilations, or cover albums in my top 10, but Ms. Jones snuck in and I am okay with this. Released on Black Friday Record Store Day as an exclusive covers compilation album, as an amazing splatter vinyl, this cover album has some of the best soul renditions I’ve ever heard. Covers of Prince, Janet Jackson, Stevie Wonder, and Gladys Knight make the listener think that maybe Sharon Jones was the originator of the songs. Sharon’s vocals make each cover sound better than the original and the Dap Kings are flawless in their execution. Usually I recommend original music to people when introducing an artist, but I think this album alone would turn new listeners on to Sharon’s legacy. 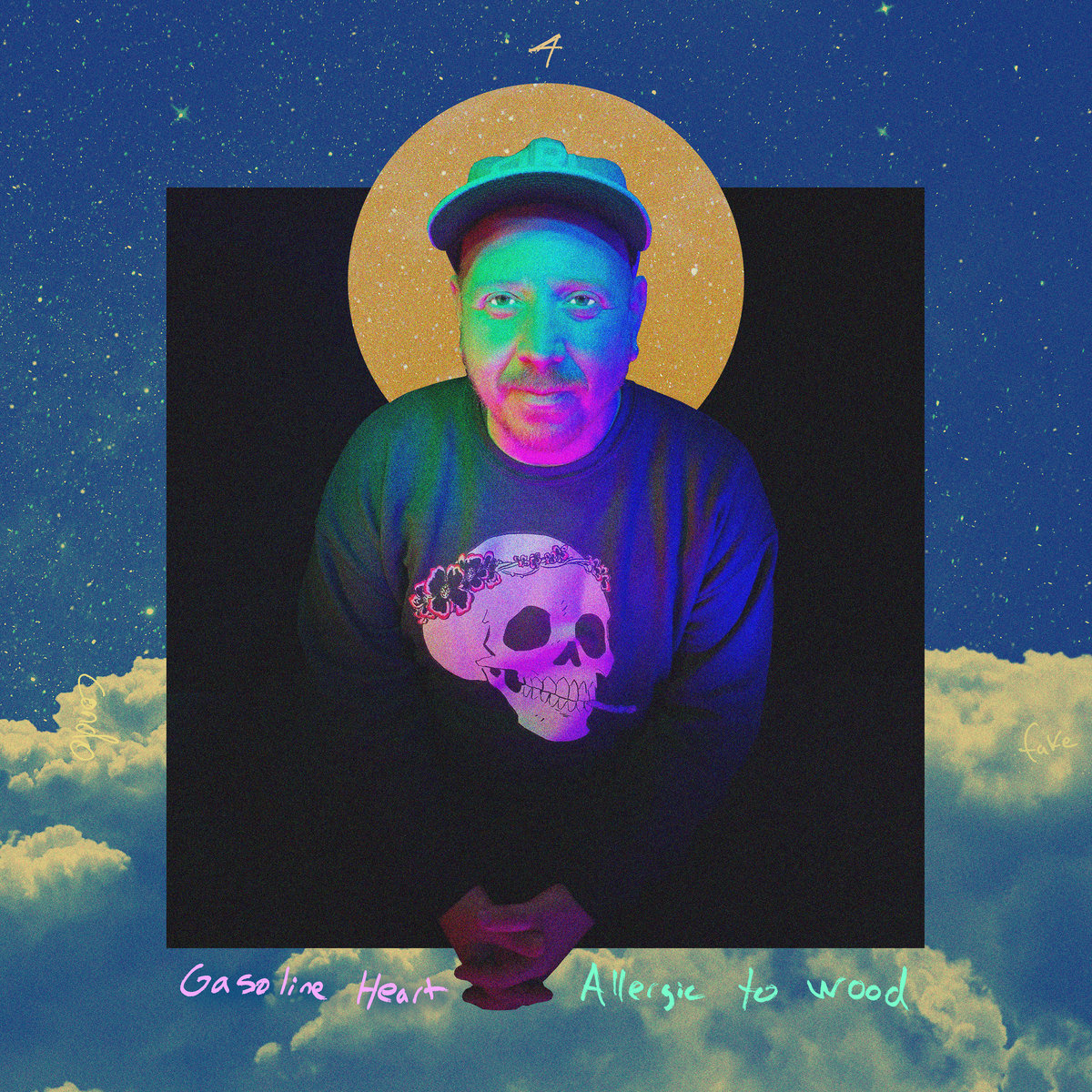 The last time Gasoline Heart released an album was in 2012.  Thanks For Everything at the time wasn’t known as their last album, but if it was it was a great album to go out on.  However, in 2020 Lou and company decided to release not one, but two albums.  At the time the pandemic wasn’t in full swing when Allergic To Wood was released and it isn’t known what the plans were to celebrate the new music, but what we got was a more acoustic driven, raw, live Gasoline Heart on Allergic To Wood.  I wouldn’t say this was a experimental album, but there are different elements added into this album that isn’t heard on other Gasoline Heart albums.  From their Bandcamp page, this album was years in the making and as raw and live sounding as a Gasoline Heart album can get.  Unfortunately, it doesn’t look there will be a vinyl pressing of this album, but for Gasoline Heart their albums I personally think sound the best on vinyl.

Danny Black made my top 2019 list with his instrumental acoustic guitar songs made for the open road and adventuring.  For his third album, Black Ryno he brings the rock, vocals, and full band sound to create an excellent sounding album that I wouldn’t have expected from him since his first two albums were in the same vain.  This album is the complete opposite of his previous work, where this album could be classified as a hard rock album.  Keith Goodwin, also of Good Old War, lends his vocals on “Immoral Guidance” which is another highlight of the album.  This may be a new direction for Danny Black, and if it is, it is just as great as his previous efforts.  It shows he is a well rounded musician that can tackle anything, now if his next album is acoustic guitar with vocals, then sign me up because that may be the ultimate traveling album.  The vinyl of this album is expected to arrive early 2021, no date has been given. 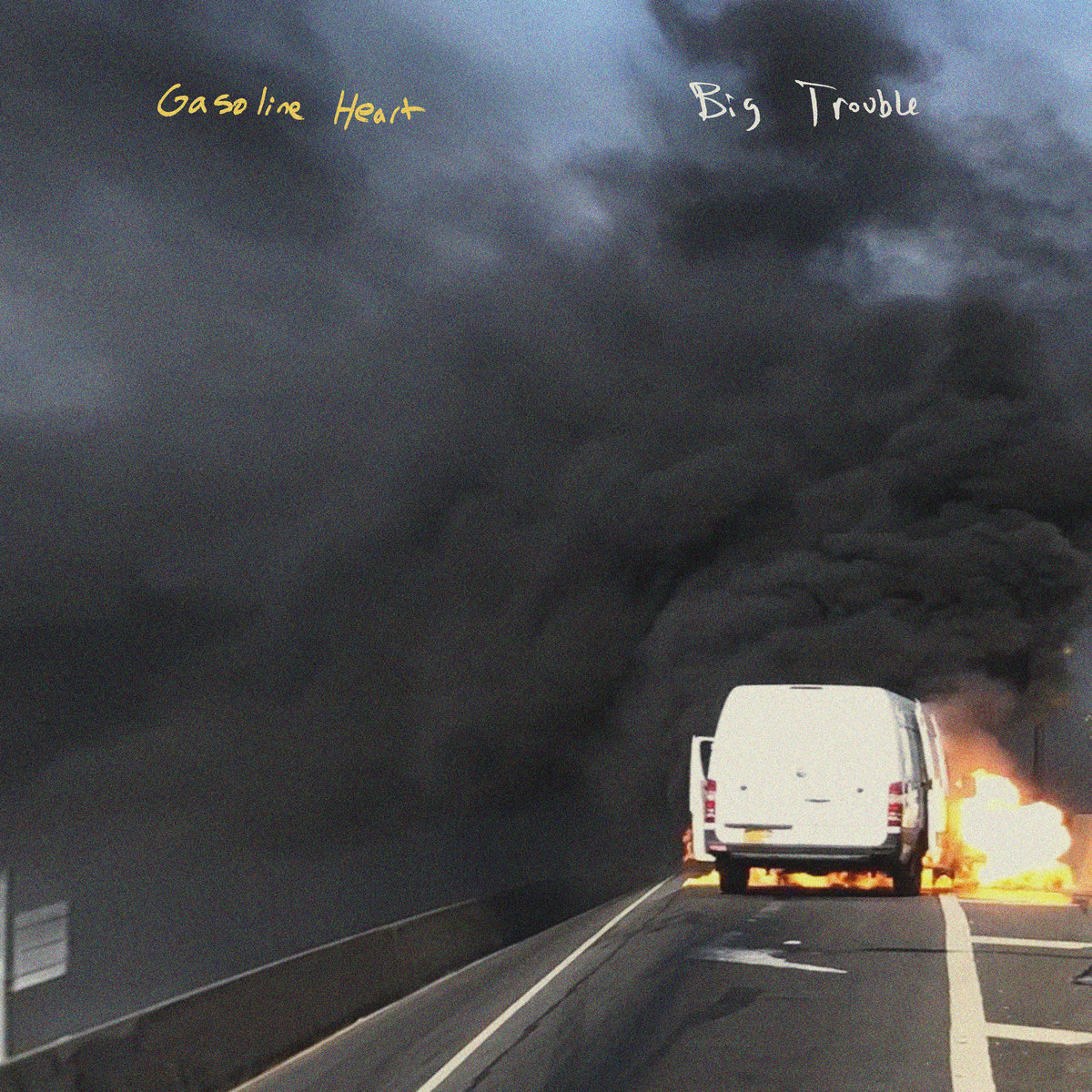 The second Gasoline Heart album of 2020 was released in May and unlike Allergic To Wood, was more of the traditional sounding Gasoline Heart album.  It also featured the original line up of Gasoline Heart which made sense as to why it was more rock driven.  On Big Trouble Lou showcases his signature yells which is the big difference between this album and Allergic To Wood.  It will always be a mystery why Gasoline Heart didn’t get as big as other bands.  Maybe they were formed in the wrong era, but Big Trouble can easily be put up against Tom Petty and Pearl Jam albums.  Anyone that likes those bands would enjoy Gasoline Heart and if they didn’t I’d be very surprised.  Again with this album there is no vinyl and it isn’t known if vinyl will be released, but should.

One new band that came out in 2020, which could be considered a ska super group, was the Inevitables.  After launching a very successful Kickstarter, this group put out a great concept album that also ties into a comic.  The group itself features members from Less Than Jake, Westbound Train, Reel Big Fish, Big D and The Kids Table to name a few.  Should also be mentioned that this album is completely different sounding to their other bands.  It has ska, punk, dub, and reggae, and for a debut this album had a lot of people in the ska community talking.  So much so that we should expect more music in the future.  The vinyl of this album should be out any day now, but Kickstarter backers have to wait till the comic is finished.

Another band that woke up from a long slumber was Phantom Planet.  After 12 years Phantom Planet picked up where they left off with Devastator. The album shows their rock side, new wave side, pop side, and electronic side.  Phantom Planet has something for everyone, and it wouldn’t be surprising to hear them back on the radio with these songs.  Even though its been 12 years this album feels like it was just released a few years after Raise The Dead for it fits perfect as a follow up.  Also I should mention the album art has to be my favorite album art of 2020 and/or in the last couple of years.  I think Phantom Planet has proved over and over that they are more than just “California” and with each album they released after that song they get better and better. 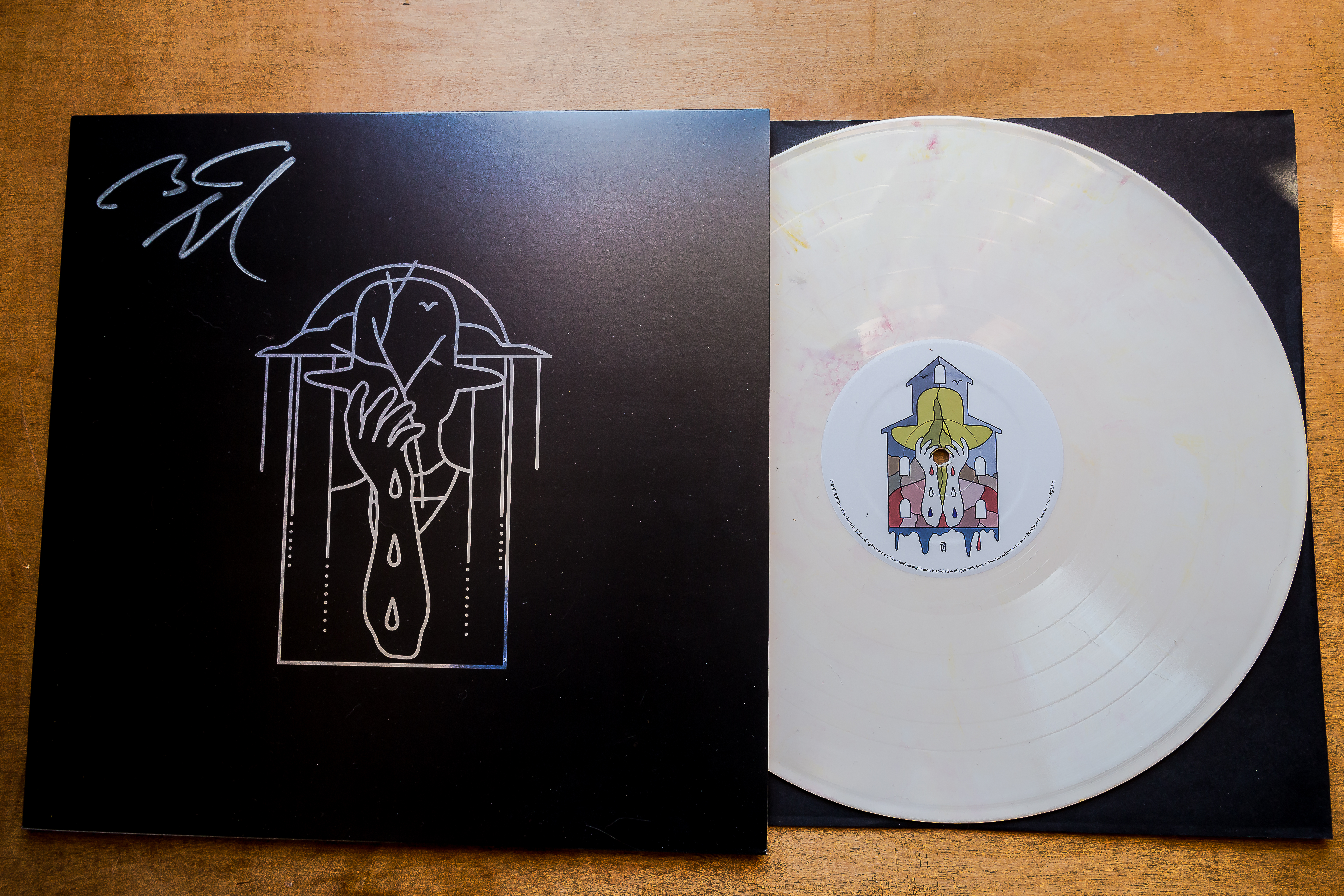 American Aquarium have been hustling for almost 15 years and BJ Barham & Company consistently put out quality records.  However, Lamentations may be their best effort yet.  This album has a lot of quiet moments more than other American Aquarium albums, but when they bring in their Americana rock sound it is as loud as any rock band out there.  It all makes sense when you look at who produced the album, none other than Shooter Jennings, who has worked with someone in every genre.  With his expertise and BJ’s music, it was a perfect match.  American Aquarium are a signed band, but still hold true to their DIY ethics, and this album was successfully crowd funded which gave the band free reign to do what they do best.  The album was recorded pre COVID and released mid-COVID which hasn’t given the listener a chance to hear the songs live, but when this is all over I think these songs live will become a favorite in an American Aquarium set.

Brian Fallon seems to always get in my top three albums of the year when ever he releases an album.  Rightfully so, his music and lyrics are always relatable to me, it always feels like I could’ve wrote these lyrics if I was a lyricist.  There is always something about his music that hits home and this album was my number one album when it came out, but got beat out.  It isn’t that this album is the worst of the three, far from it, I think it is because between this and the other albums, for the year we had I needed a lot of fast paced energic music to keep me going.  This album takes the approach of a more acoustic driven sound which Brian isn’t a stranger to, but for a whole album it is different compared to his other works.  Local Honey is similar to Horrible Crowes Elsie, where it fits perfect in quiet, rainy nights for any season of the year.

Recommended Listen – “You Have Stolen My Heart”

A few years ago Slick Shoes released a new song out the blue which was everything a Slick Shoes fan wanted out of them after disbanding.  Then there were some shows played which coincided with a live record being released.  For all everyone knew we would get more live shows, a few new songs, and old album vinyl represses.  However, in 2020 we were treated to a new full length from Slick Shoes that can be put up there as one of their best albums to date.  Rotation And Frequency takes all the best elements of their previous albums to make one of the best pop punk albums of 2020.  I for one haven’t really been following a lot of legacy bands that sound like Slick Shoes or MxPx and what they have recently put out.  Yet, compared to new style “pop-punk”, Rotation And Frequency is the ultimate throwback to that late 90’s/early 2000’s fast pop-punk that is missing in these new bands.  It is a different audience though, but I for one is glad Slick Shoes are back and put out an album that was a quick in and out that showcased what they are a great at.

Ska is alive and well and Kill Lincoln is proof.  I knew that Kill Lincoln had a new album coming out in 2020, but I didn’t know it would be this impactful to me.  Their previous albums were great ska records that shouldn’t be overlooked, but with Can’t Complain the album flows great, touching on a lot of important subjects lyrically, and has a lot of top notch ska songs comparable to the likes of say Mighty Mighty Bosstones.  Not only has this album brought Kill Lincoln into the spotlight, Mike, lead vocalist and guitar player has helped bring ska back to the forefront with his label Bad Time Records.  Ska never left and fans will agree, but bands like Kill Lincoln are showing the casual listeners that ska was never gone and not to think it is just a 90’s nostalgia genre.  I could go on about ska, Kill Lincoln, and all the new ska out there, but for now just do yourself a favor listen to Kill Lincoln, check out Bad Time Records and I am sure you will find out for yourself how great this genre still is.