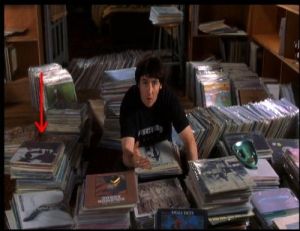 We survived! The world didn’t end, and now we keep moving forward into the year 2013. I bet a lot people were bummed about this. Talk about an ultimate disappointment. Now that 2012 is coming to a close, I like to look back and see what albums came out and inspired me the most. This top 10 list includes non vinyl albums also.  Overall, this year put out some very strong albums. Some took longer to fully grasp while others instantly threw me to the floor. Hopefully, and it looks like it, 2013 will have even a stronger year.

When this album came out I was very intrigued. I feel in love with Aim and Ignite and couldn’t wait to hear what these guys were going to pull off in their second release. Hearing some of the songs 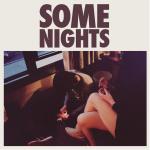 online, I was on the fence. Some were good others were, how can I say, unlistenable. When the album was released I was sort of disappointed. My issue is that Fun is a band with very, very talented musicians, and this album didn’t show that off. Granted, there are some good songs on this album, but I wanted something more. Either way, they did something right. This band is now huge and deserve ever ounce of success. I say to them great job, and I can’t wait to hear what’s next. Did I mention the album is nominated for eight Grammy’s?

Like Fun, We Shot the Moon took their music talents and dabbled in a new sound. Jonathan Jones,

singer, songwriter, piano player, all around great musician, has been going at this musical adventure alone for years. In a way it was time to try something new. Not his strongest album, but it grew on me after awhile. The title track “Love and Fear” might be up there as one of my favorite songs of 2012. You can expect Jonathan to continue making and music for a long time and I will always love it no matter what.

I did a write up on this album on here already. To add onto it, like every Gaslight Anthem album, after a while it grows on me. This album is no exception, yet, it is still missing something. I did think they were going to be bigger, but I will give it time. I still think “Blue Dahlia” should’ve been put on this album for the regular release. 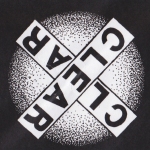 A short 6 song e.p., but I’ve been listening to it nonstop. One song is even 12 seconds long! Clear features Have Heart members, including Pat Flynn. I am a big Have Heart fan and I love Pat Flynn’s vocals. It was a no brainer I was going to love this album. With Minor Threat influenced musicianship, the only down fall of this album is that it is too short. Hopefully there will be a full length released some time soon. 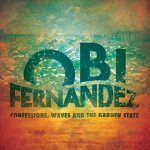 Obi Fernandez, front man of Westbound Train, released a solo album, and like Westbound Train, it has reggae, ska, soul, and heart. Obi’s voice is probably the best in the industry right now and hearing him still making music is alright in my book. I must say he does add different music elements in this album compared to Westbound Train, and it isn’t a bad thing. Seriously, go listen to anything with his name on it right now! 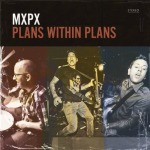 an I say about this album? We never thought we would get another Mxpx album fill all new material, but we did. These guys have been doing this for years, and now that they are doing it DIY, it shows. The music and lyrics are everything you love about this band. If you are unsure, don’t worry, Mxpx is back and doing what they do best.

This band impresses me with each release. Fast, melodic, and horn infused. 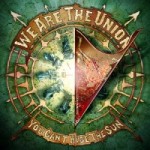 Just when everyone thought ska was dead, We Are the Union come in and change all of that. There are some differences on this album compared to their other albums, but it is still the same We Are the Union. “Do What You Love…” has to be my favorite song of 2012. My only complaint with this album is that it is on a small label. I wish it could be marketed right so this band gets huge. Also I wish the vinyl plants weren’t backed up, because the vinyl of this album has been delayed.

A swing band i 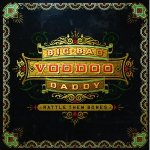 n the top 3?! Yes, you read right. This album is Big Bad Voodoo Daddy’s best work to date in my opinion. It is refreshing, inspiring, and danceable. Actually everything they do is danceable, but it has probably the most danceable songs yet. From swing dancing to even slow dancing. “It Only Took a Kiss” is probably the best duet song I’ve heard in a long time. Once it stops you just wish you were in love. 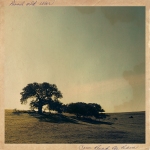 Good Old War should be huge. They should have the success that Fun has. Come Back as Rain is their best album to date, and I thought their self titled album was the best for the longest time. On first listen, it sounds just like Good Old War, but once you really sit down and listen, you start to hear more. The Philadelphia trio started added different elements into their songs. One being the piano, which isn’t heard right away, but it’s there and it makes this album. When I hear a song off this album, I just think why this band isn’t bigger.

1. The Early November – In Currents 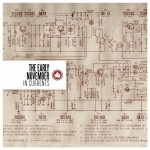 From the opening line, “It was a long night drinking whiskey and I don’t drink so my head is turned around” to the closing line, “Once upon a time, we were meant to be” it is hard for me to find anything wrong with this album. The Early November has been given a second chance and they are truly giving it their all. Ace’s vocals are stronger than ever, Jeff’s drumming is the best on this album, and the chemistry between the members seems optimistic. It has been a long time since I’ve listened to an album and felt something. This album gave me goose bumps and emotions from all over were rushing through my body. The best part, I still feel that way when I listen to this album even today.

There it is, my top 10 of 2012. Another year in the books, and I can’t wait till the New Year. I think 2013 will be a great year for me. I can’t wait to just go all out and accomplish more than I have ever done. With that said, I hope the albums released in 2013 are beyond excellent and my soundtrack to the year. So far it seems like the below artists will be releasing new material in 2013 and it is shaping up to be a good year.

…And hopefully many, many more.